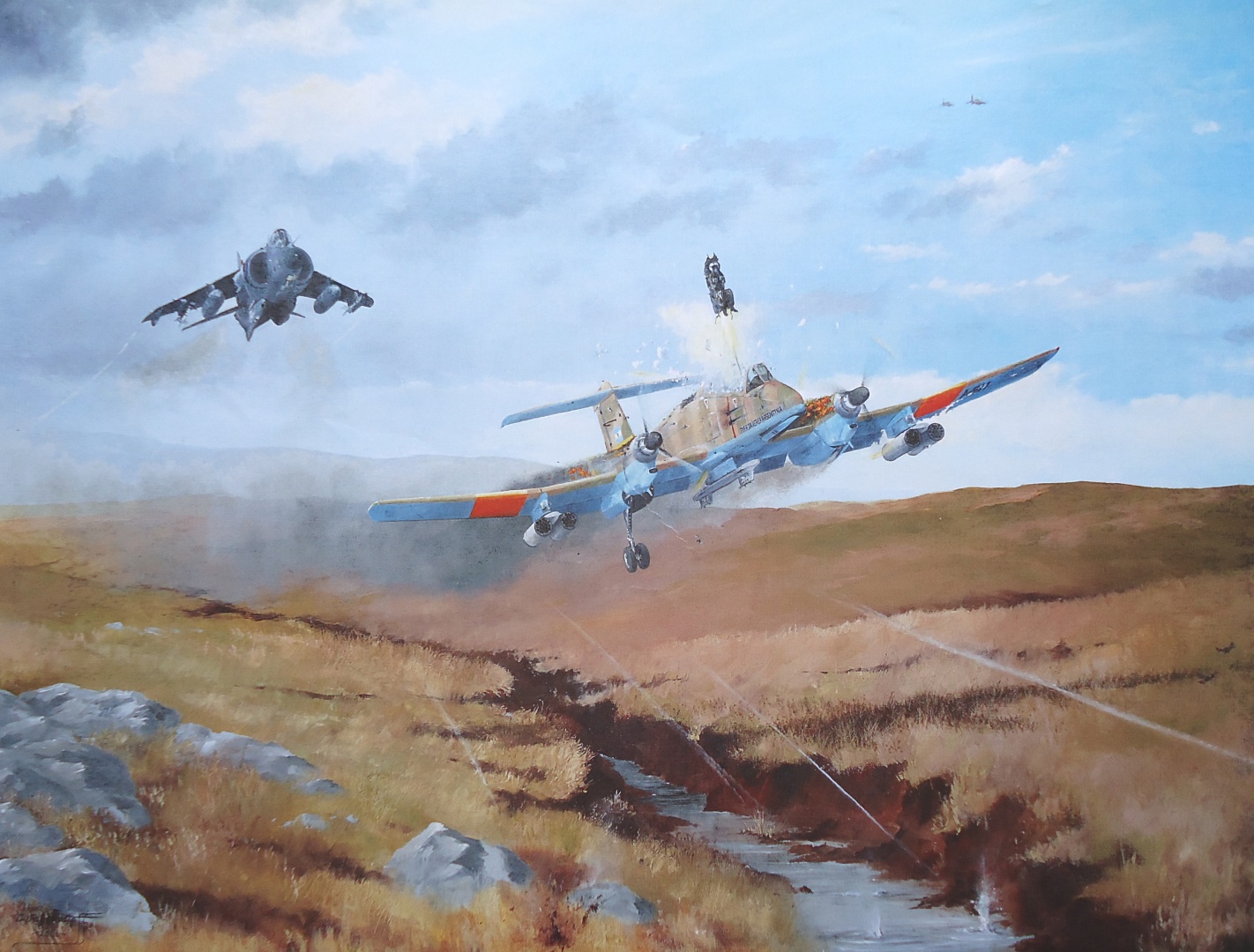 Having managed to fatally wound the Pucara the Harrier follows him down and backs off in the hovver whilst the pilot ejects.  He then reports the position of the crashed airman to the Argentian authorities so that he can be recovered.