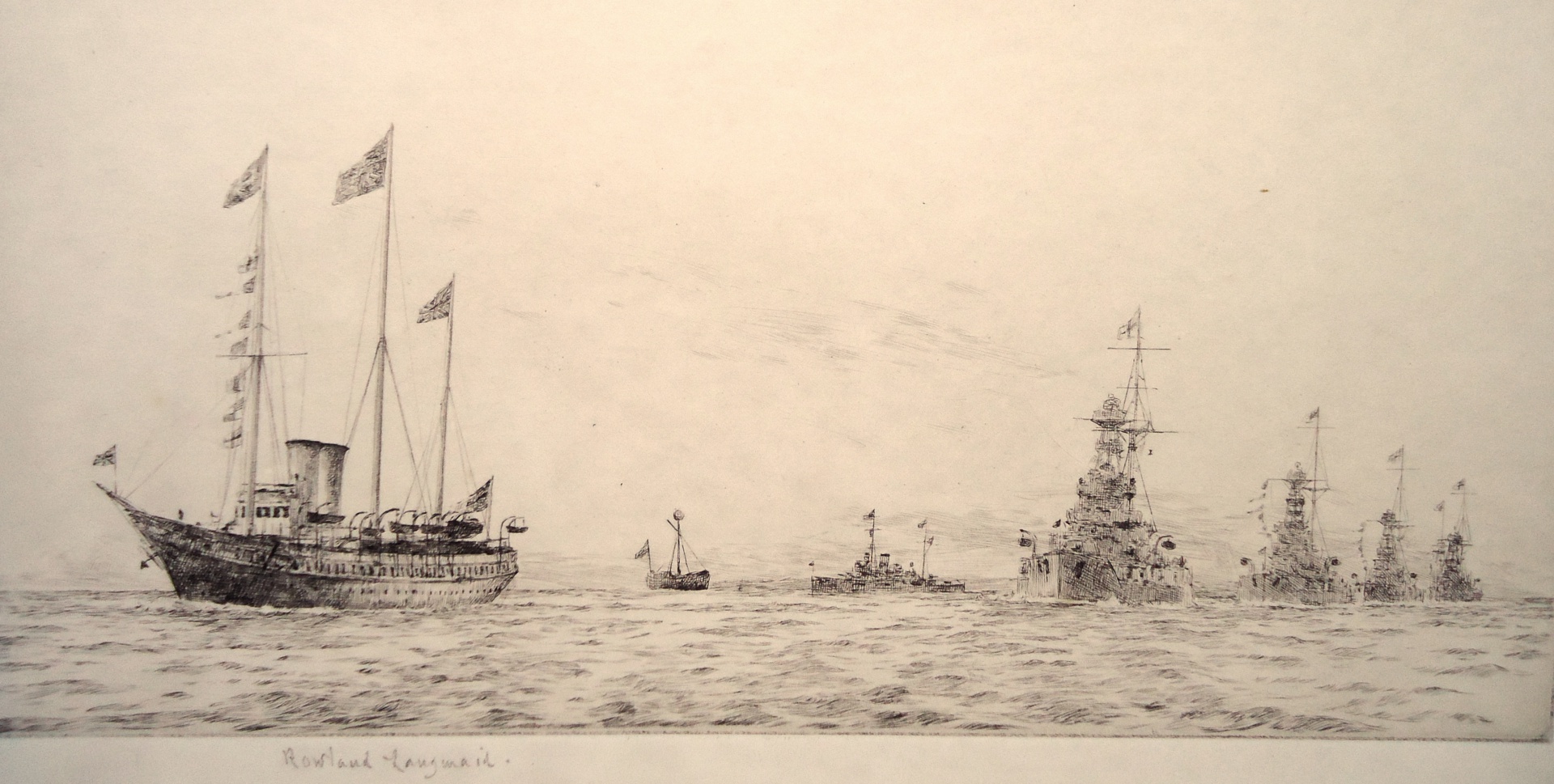 Rowland Langmaid was born on Vancouver Island in 1897 and joined the Royal Navy in 1910. After service at Gallipoli in HMS AGAMEMNON and then in RENOWN, he retired in 1922. He returned to the Active List in the rank of Lieutenant Commander in 1939 and served as Official Admiralty Artist to the Mediterranean Fleet on the staff of Admiral Cunningham and succeeding Commanders-in-Chief.

Painting in oil and watercolour and an accomplished engraver, Langmaid's style is very similar to W.L. Wyllie's.