HMS CARDIFF IN ACTION IN THE HELIGOLAND BIGHT, 1917 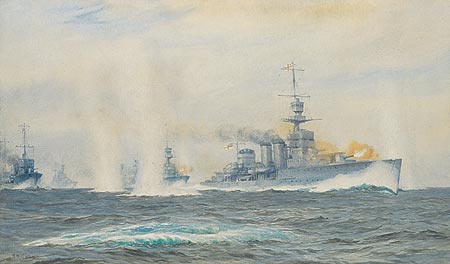