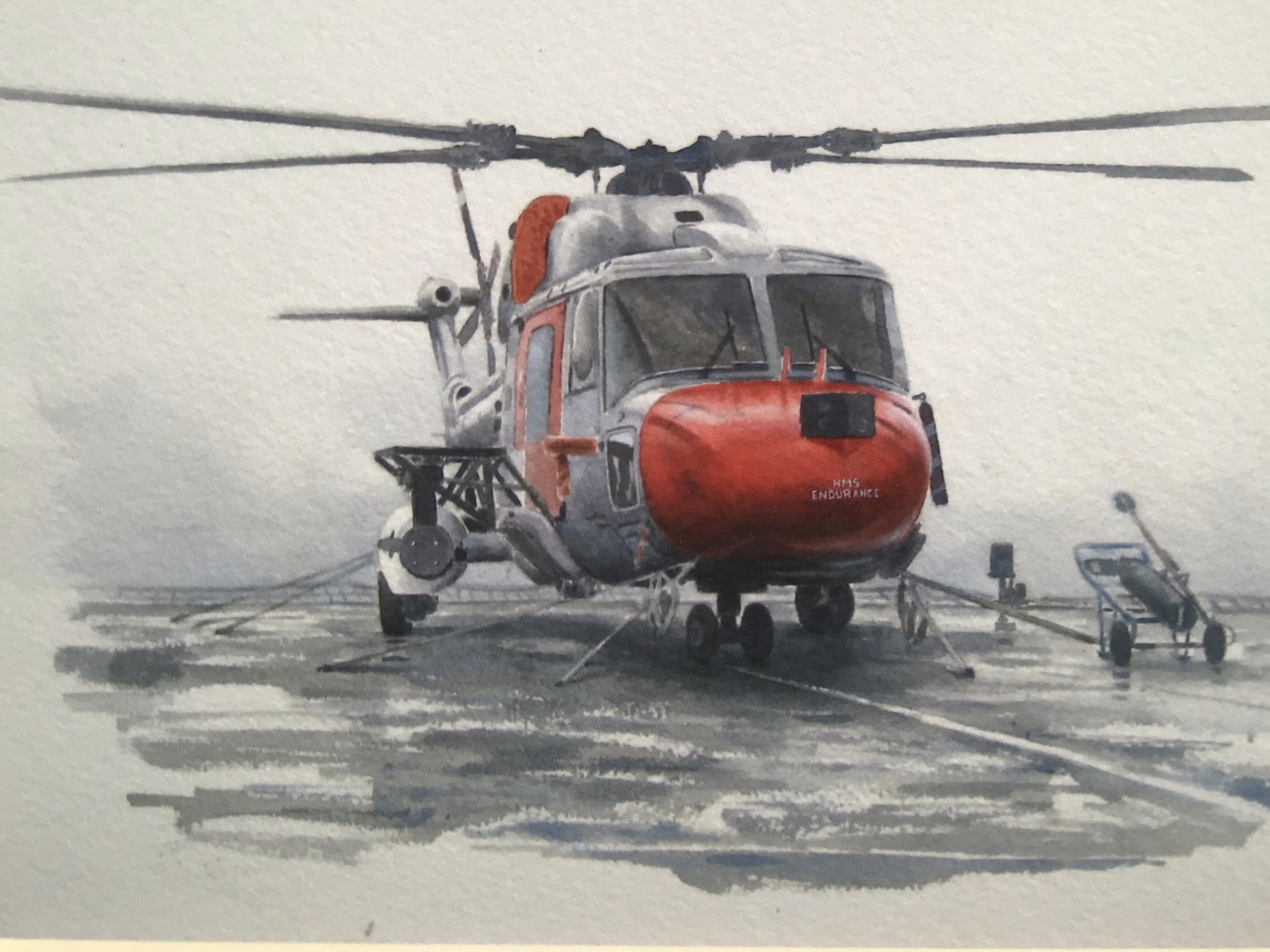 Andrew Stock (b.1960) is an artist of international renown, his most recognizable pictures being those of wildlife and rural subjects.  It was with wildlife in mind that he spent some time in November 2008 in the Royal Navy's Ice Patrol Ship, HMS ENDURANCE whose domain is the South Atlantic: she's based in the Falklands and moves around the islands and the continent of Antarctica as her duties require.  Perfect, in other words, for an artist with Andrew's interests and talents!

The ship's helicopters, of which there were two,  were frequently able to help Andrew on their every day tasking by dropping him off for an hour or two in remote painting spots and here is one of the Lynxes on ENDURANCE's flight deck.