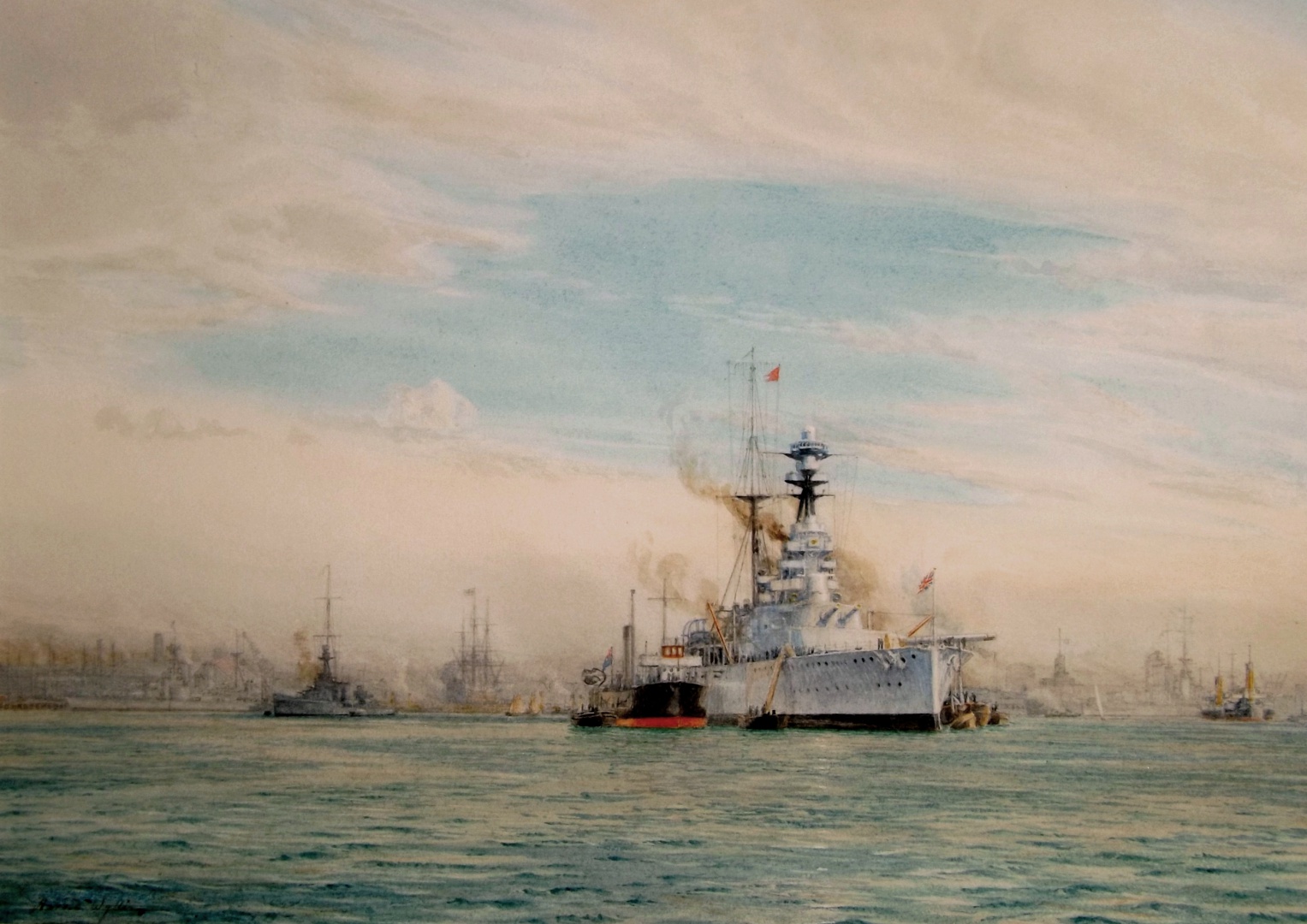 Wyllie has painted the scene at the western side of Portsmouth Naval Base, probably in 1935 or 1937, following the Fleet Reviews that had taken place out in the Solent at Spithead.  1935 was to celebrate King George V's Silver Jubilee, 1937 King George VI's Coronation.

To the east  - in the background -  is the naval dockyard where we can see over on the left the unmistakable lines of the battle cruiser HMS HOOD and towards the centre the equally iconic shape of HMS VICTORY; a C or D class light cruiser is out on ROYAL SOVEREIGN's starboard side as the battleship is embarking (or disembarking?) ammuntion. Flag Bravo  - the red burgee -  at the main shows she is handling explosives, and an ammunition barge from RNAD Priddy's Hard lies alongside.