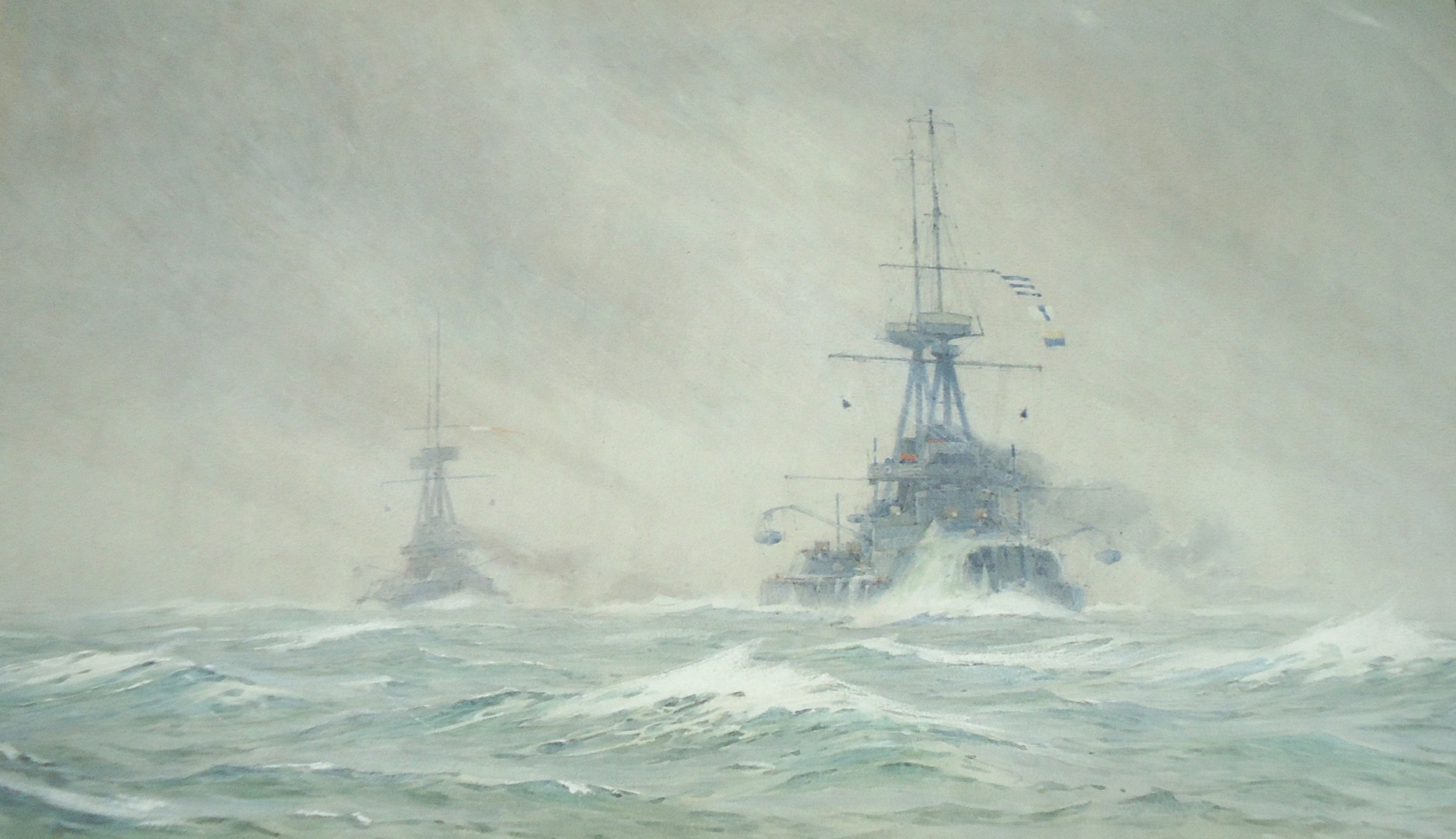 Cull has managed to portray the raw, biting unpleasantness of a filthy day, with dense clouds of coal smoke swirling across the bridge and other upperdeck watchkeepers, and seas sweeping inboard over the fo'csle and gun casemates. It would have been raw and wet on the upper deck, damp and difficult below decks.....!  Cull would score the surface of the paper with a knife to indicate rain or sleet and to heighten the impact of wave crests - to great effect in this painting he has entitled, verso, Dirty Weather.

VANGUARD was laid down in 1908 as the last of the three St. Vincent Class dreadnoughts and was the ninth ship in the Royal Navy to bear the name. By the time of Jutland she was commanded by Captain J.P. Dick RN and together with her sisters, ST VINCENT (Captain W.W. Fisher MVO RN) and COLLINGWOOD (Captain J.C. Ley RN) came through Jutland (4th Division 4th Battle Squadron) unscathed; but she blew up at anchor in Scapa on 9 July 1917 with the loss of 804 men. Initially, sabotage was suspected but unstable cordite was more probably the cause.