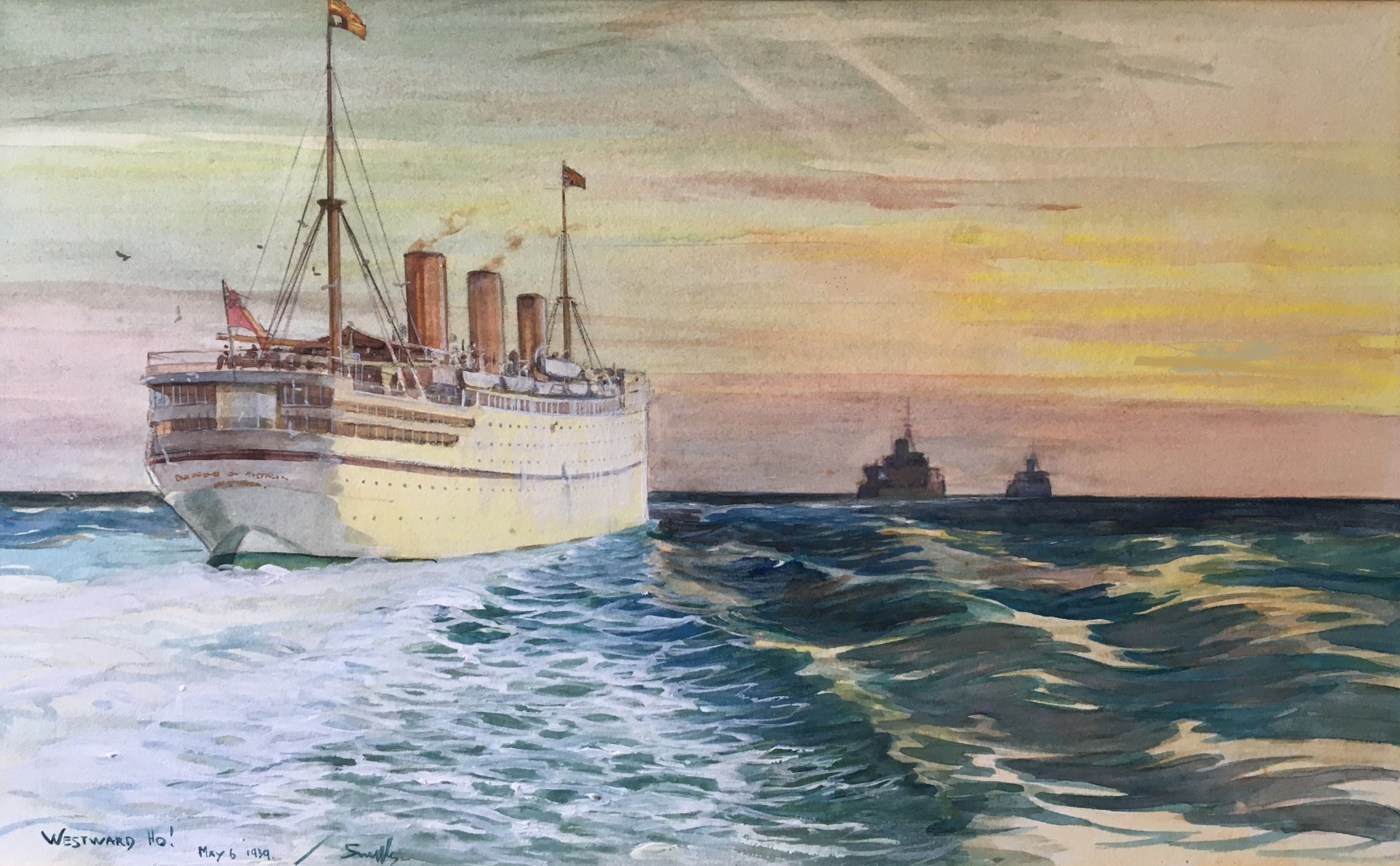 It was in the early spring of 1937 that the Governor General of Canada, Lord Tweedsmuir (better known today as the author John Buchan) suggested that the new King, George VI, should make a tour of Canada; and when the Canadian Prime Minister, Mackenzie King, came to London for the Coronation in May 1937 he formally proposed such a visit. President Roosevelt went further and  suggested that the Canadian tour should be combined with a visit to the United States. All parties were in agreement and plans went ahead accordingly for the King and Queen to make the visits in the summer of 1939.

But by 1939 war clouds were daily growing blacker over Europe which although threatening the very idea of such a plan, did introduce a new imperative which the American President was keen to exploit: the British Royal Family on American soil would send a clear message that the two English-speaking nations were in harmony. However, such was the concern in Britain over the deteriorating international situation that spring of 1939 that the Admiralty was not prepared to sanction the battle cruiser HMS REPULSE, who was to have acted as Royal yacht for this voyage, deploying out of home waters and she was replaced by the Canadian Pacific liner RMS EMPRESS OF AUSTRALIA (Captain Archibald Meikle MN). No stranger to Royal tours  she had carried HRH the Prince of Wales to Canada ten years earlier  she was to be escorted by two ships of the 2nd Cruiser Squadron, Home Fleet (Vice Admiral G F B Edward-Collins CB CVO) who was flying his flag in HMS SOUTHAMPTON (Captain F W H Jeans RN), with HMS GLASGOW (Captain C G B Coltart RN) in company.  The destroyer HMS ENCOUNTER (Lieutenant Commander Aubrey St Clair-Ford RN) was in company also.

Whilst the two cruisers were alongside in Portsmouth prior to the Royal Squadron’s departure on 6 May, train truck loads of gold bullion from the Bank of England were secretly loaded aboard. The working parties found the cases remarkably heavy for their size and may have guessed at their contents which were bound for the vaults of Fort Knox and safety from the coming war in Europe. It was a sign of just how dire the authorities in Britain considered the international situation to be.

After several days of calm - and this painting of the very day they put to sea does show a calm sea but a lurid sky perhaps pressaging unsettled weather ahead - unseasonably rough weather then briefly hit the Royal Squadron: it then ran into thick and persistent fog which lasted for three full days and threatened seriously to disrupt the finely honed Royal schedule ashore in Canada. But the fog eventually cleared on 14th May and found the ships amongst spectacular icebergs and floating sea ice. Another skilled artist, Frank Watson Wood, the Artist on Tour with the Royal party, has painted this scene and others vividly in pictures in Maritime Prints’ collection (see under Frank Watson Wood in www.maritimeprints.com).

We know that Snaffles (Charlie Johnson Payne) was a good friend of ENCOUNTER's captain (see "The Driver"on this website) and he was apparently onboard the destroyer - for the early part anyway - of this Royal tour .  From the destroyer Snaffles has painted the EMPRESS of AUSTRALIA in the foreground with the two cruisers, SOUTHAMPTON and GLASGOW leading the way to Canada, course West!

ALL IMAGES ARE IN COPYRIGHT. Every image on this website is protected by either Artist’s Copyright or Maritime Prints’ Publication Right. Whilst no image may therefore be